Throughout the decades, M & M Paving & Excavating has become Bradford County’s most trusted paving experts. We’ve been professionally installing everything from parking lots to drainage systems in Central Pennsylvania since 1971, and we’re dedicated to meeting our local commercial and residential customers’ needs. Whether you need a parking lot for a school or a beautifully stone edged asphalt driveway, we’re the right paving contractor for the job. 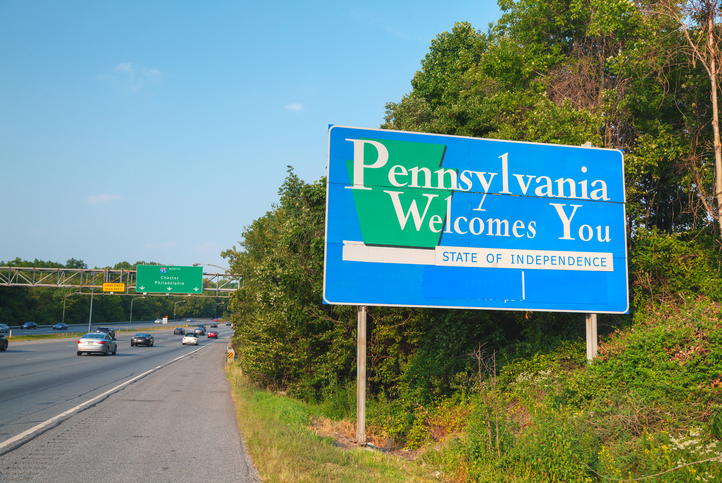 Bradford County, PA
With an estimated population of 61,000 in 2018, Bradford County was originally named Ontario County and was separated and renamed for famous Pennsylvanian William Bradford in 1812. Over the centuries, the county grew as natural gas was discovered in the area. Natural gas and chemical companies like Dupont remain major employers in the county.

Towanda, PA
As the county seat of Bradford County, Towanda, PA is located on the banks of the beautiful Susquehanna River. The river historically provided the town with a way to transport goods made there, as well as bringing industry and residents to the town. In modern times, this small town (estimated 2010 population is just under 3,000) honors its history by maintaining a quaint historic town square and other historic sites.

Sayre, PA
As the largest borough in Bradford County, Sayre is part of a collection of Pennsylvania and New York communities called the Penn-York Valley, or just “the Valley” by residents. The town was named for Robert Heysham Sayre, president of the Pennsylvania and New York Railroad, and incorporated as a town in 1891. The railroads and locomotive factories were a major source of employment for the town, and continue to be important culturally even today.

Check back soon for more details on a parking lot repair and maintenance project in Towanda PA that we recently completed. The project consisted of pothole repair, asphalt patching, hot crack filling, sealcoating and line striping!

What Our Clients Say About Us